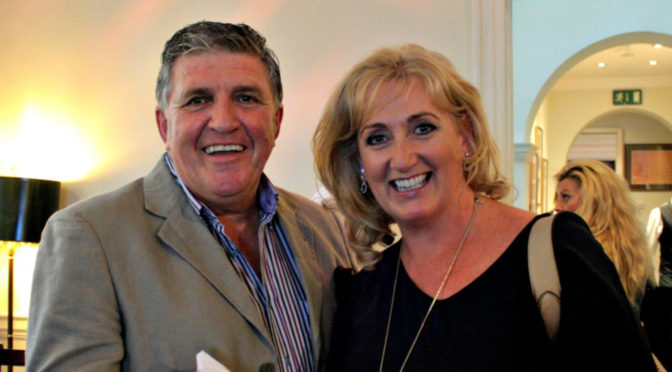 I initially had no symptoms of prostate cancer, I was diagnosed through a routine PSA test with my GP and was shocked to discover I had cancer. My diagnosis had a significant impact on my wife and three daughters, it caused them lots of distress and worry, resulting in many sleepless nights. My GP referred me to a Urologist who recommended I follow Active Surveillance, which I believe is a common option suggested to men in Ireland with prostate cancer. I initially agreed to this plan, however I quickly reconsidered and decided I was not happy to do nothing and wait.

I heard about proton therapy through an Irish friend who had already been successfully treated with this technique, however my Urologist was not familiar with it. I researched the Proton Therapy Center in Prague and found that it appealed due to the use of the latest modern technology – pencil beam scanning, and because it is very accurately targeted, which means it does not damage healthy tissue surrounding the tumour.

My wife came to Prague to support me through the treatment. My treatment only lasted two weeks so we didn’t have to take much time off work. I was lucky that my treatment was partially reimbursed by my private Irish insurance company. I was initially nervous about whether I had made the right decision, especially considering the negativity expressed by my Urologist, however once I entered the Proton Center in Prague, I was very impressed. The staff were excellent and approachable. The facility, including equipment are state of the art. The consultants are very professional and I received continuous feedback.

I have nothing but positives to say about having my treatment at the Prague Proton Therapy Center. It is very professionally run, has state of the art equipment, excellent staff at all levels, from reception to the consultants and I strongly felt I was in safe hands.

I’m in good health now, since my treatments I have had two blood tests and it shows my PSA levels reducing, so I believe all is good! I feel very positive about the future, and I firmly believe that I made the correct decision in having the Proton Therapy treatment. My wife also says she would recommend proton therapy and we both believe that people need to be aware of this excellent treatment.