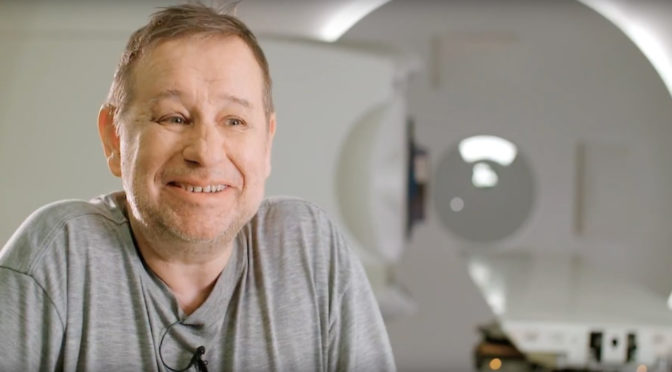 This is a part of a text Nicky has written on his fundraising website:

“Completely out of the blue I got diagnosed in March with Prostate Cancer, I tripped over a paving stone in Spain and cracked a rib otherwise I may never have known.

The last six months having had scans, biopsies, blood tests, sleepless nights and the odd finger up the bum after a lot of research, it would appear my best option is Proton Beam Therapy abroad as the only thing available in the UK/NHS is almost guaranteed incontinence for a year and it’s goodbye to erections.

I am in no way NHS bashing but sadly when it comes to the big C we are way behind the rest of Europe and I have finally found a place in the Czech Republic that has a 97% success rate and has agreed to treat me. I went to Prague last week to have a look around to be sure it was as good as reports said. It was and unsurprisingly it’s not cheap, the NHS have just bought two of the machines for £25 million, however they will not be up and running for a few years, time which I really don’t have as I’m pushing my luck as it is.

Unfortunately I no longer have that kind of money sitting around so as much as it hurts my pride I’m going to have to listen to other peoples advice for a change and ask for help which is without doubt the hardest thing I have ever had to do but needs must, as they say.

He shot the video while he was in Prague undergoing his treatment, which finished in February 2018.